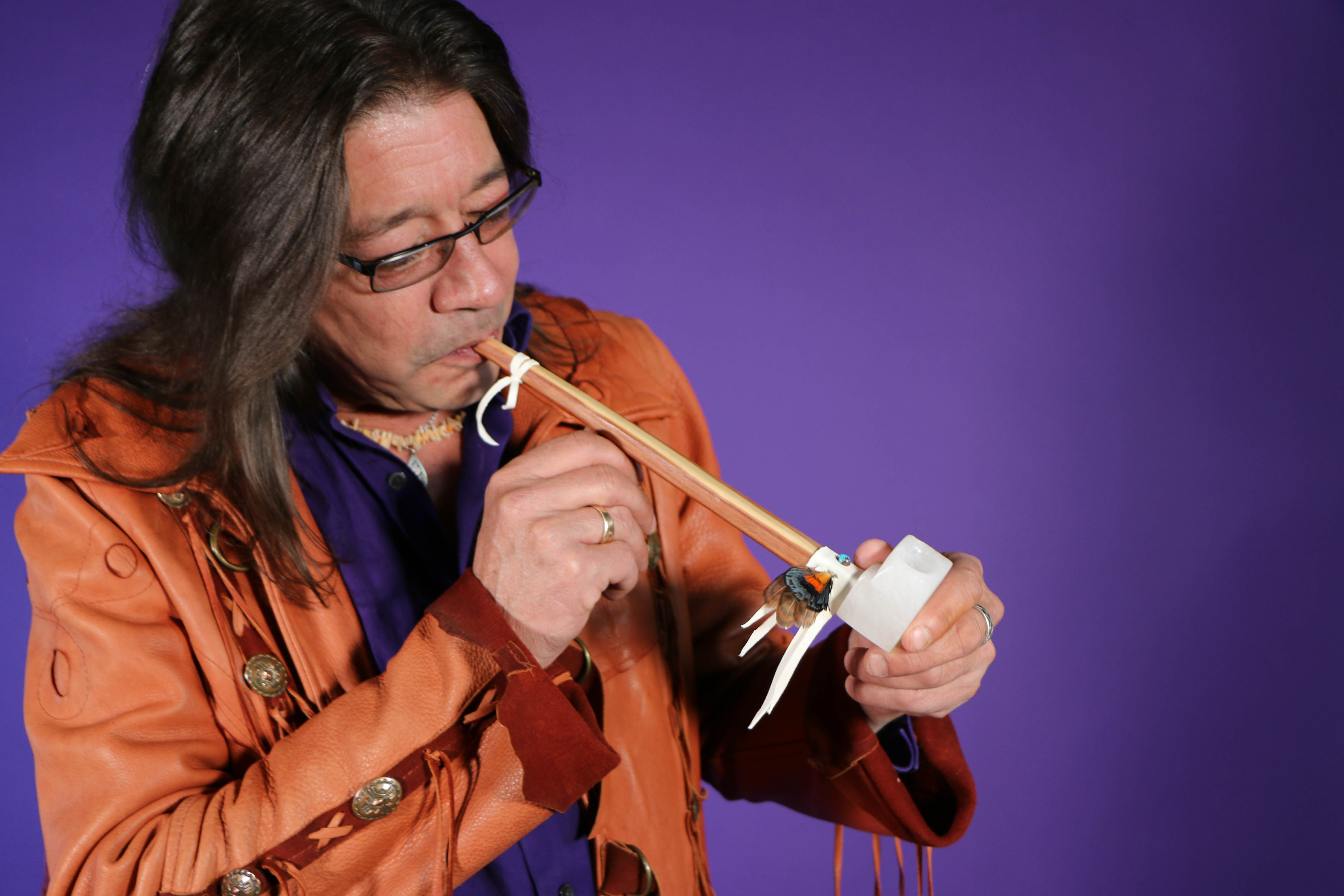 Dean Johnson isa tribal member of Taos Pueblo. He is a craftsman who has made Peace Pipes here for more than 30 years. His gallery, Smoke Signals, in Taos Plaza, has been operational for over 20 years. In addition to this, Dean has also opened galleries in Old Town Albuquerque at St Francis and ChurchStreet, Paco a Paco Courtyard.

Dean was originally born and raised inCalifornia and moved to New Mexico in 1978. He was both a surfer and ask ate boarder, and therefore a little cautious about the reality of moving to Taos. After coming here, he decided to stay and, in the process, found his passion for making Peace Pipes. He has been able to represent 28 different native artists and has also helped many families.

How It All Started

To begin with, Dean didn't have any direction and wasn't sure what he wanted to do for a living. He landed a job at Rocky Mountain stone company, where he worked as a gravel loader for a while. Later on, Dean would join their department for making granite counter tops and marble furniture.

Dean eventually began creating his own pieces exploring his passion for stones. The company loved his pieces,and they were commercially successful. Dean later worked for MCI corporate as a marketer and learned a lot about making and closing sales. When the job at MCI ended, Dean went on to work for Intel which never felt quite "right."

On one "life-changing" birthday, Dean's cousin brought him a Peace Pipe as a birthday present. His cousin would later teach him to create his own Peace Pipes when he came home during the weekends. Dean sold his first creation for$55, and that is when he knew what he wanted to do.

Because working with stone wash is his passion, he swept workshops for stones that weren't being used . Whenever he sold his own work, he invested half of his earnings in to other artists. Soon enough, Dean was able to open his own gallery,which now represents 28 native artists.

Although his pieces are quite impressive, Dean has had no formal training in craftsmanship. Art was his passion since kindergarten, and that has been his driving force ever since.

Like most businesses, this pandemic has affected Dean?s work and his fellow artists. He continues to be thankful that he has stayed healthy through such a time and hopes that we safely get through these challenging times.

"Staying positive for the rest of next year is my ultimate goal. Of course, I plan to support artists however I can. But making it to next year strong and healthy as a community will be our ultimate success."

The Importance of this Craft to Dean

Craftsmanship has been Dean's passion since childhood. He appreciates the joy of creating a thing of beauty from the raw materials of the Earth. Making Peace Pipes has becomeDean's identity, and he has no plans to stop anytime soon.

Dean's Final Message to other Artists

Following your heart is the best thing someone could ever do to achieve success. Struggling artists may doubt their work but giving up is never the best option because there is a lot to learn from such situations.

Success comes from doing what you love.