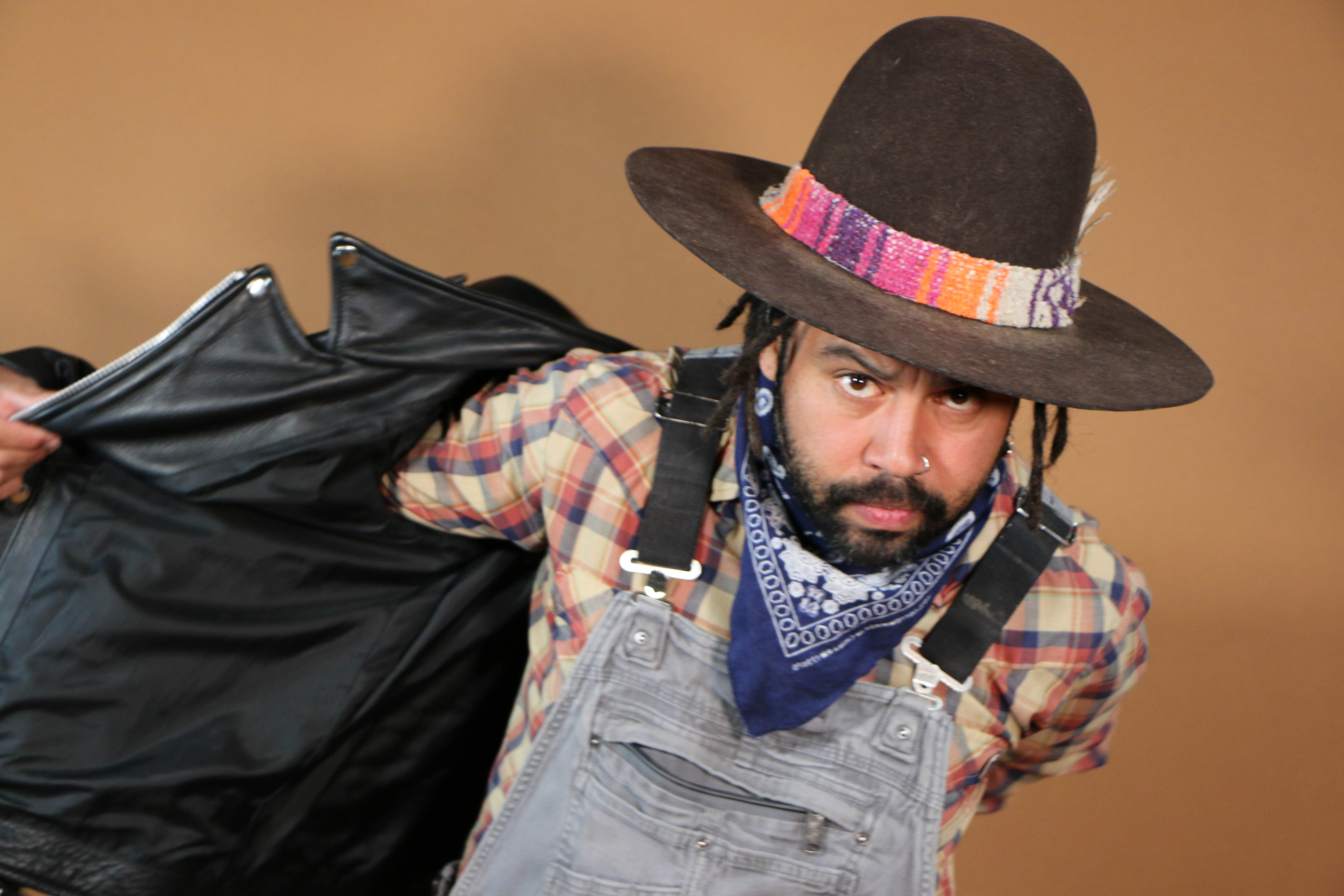 Garry Blackchild is a local musician originally from Pasadena, California but has lived in Taos for the last three years and seventeen years in New Mexico.  Garry plays the guitar and is also in a band. Garry also likes to play the drum kit that he uses to play beats on a looping pedal. Other than playing the guitar, Garry can also play harmonica and sings vocals.

‍Garry grew up in a musical family as his father was a trained guitarist and also plays the flamenco. Being influenced and inspired by his family, Garry started his musical journey at age four and assembled about 4-5 rock bands. It was fun because he was still young, and it wasn't until Garry was eighteen or nineteen years old that he got a gig.He played a project called the Montezuma project, which was headed by the taboo of the Black Eyed Peas. At that time, Garry opened for many common acts alongside others. However, he wasn't really into singing but only playing the guitar. After moving to New Mexico, the desert-style rock motivated him, and he just fell in love with the blues. Since then, Garry has been a professional touring artist for about fifteen years.

‍Garry has undergone formal training for his art with three different teachers in Los Angeles. He had what he described as "two amazing blues guitar teachers" who taught him for about 10 years. And when Garry decided to become a singer, he received lessons from a vocal coach who taught him how to sing like he was on Broadway. His vocal coach also helped him to find his voice and vocal range as opposed to emulating some popular pop star's voice. Besides that, Garry has taught himself everything else that he knows through his musical journey.

‍The Future of His Music

‍According to Garry, there is a huge project coming, but it's more of an event than a project. It is called 'Food For Love,' and the main objective will be to provide help for those in need of food in New Mexico.There will be over fifty artists with huge acts included and pledges worth $400,000+ to help the needy. Garry was also involved with another project that featured black artists based in New Mexico for Black History Month. This project involved dance, live art, and poetry, with Garry playing music.

Why Music is Important to Garry

‍For Garry, music is both a passion and a calling. And because he's mixed, music helps him to connect the dots of his  different cultures. Without music, he would have a hard time explaining to himself to people who don't know him.According to Garry, you should pursue your dreams not because of money but because you love what you do. Instead, follow your heart and passion, and money will come afterward. Besides that, he believes the best way to succeed is to find your voice, sound, and style, which makes you unique.