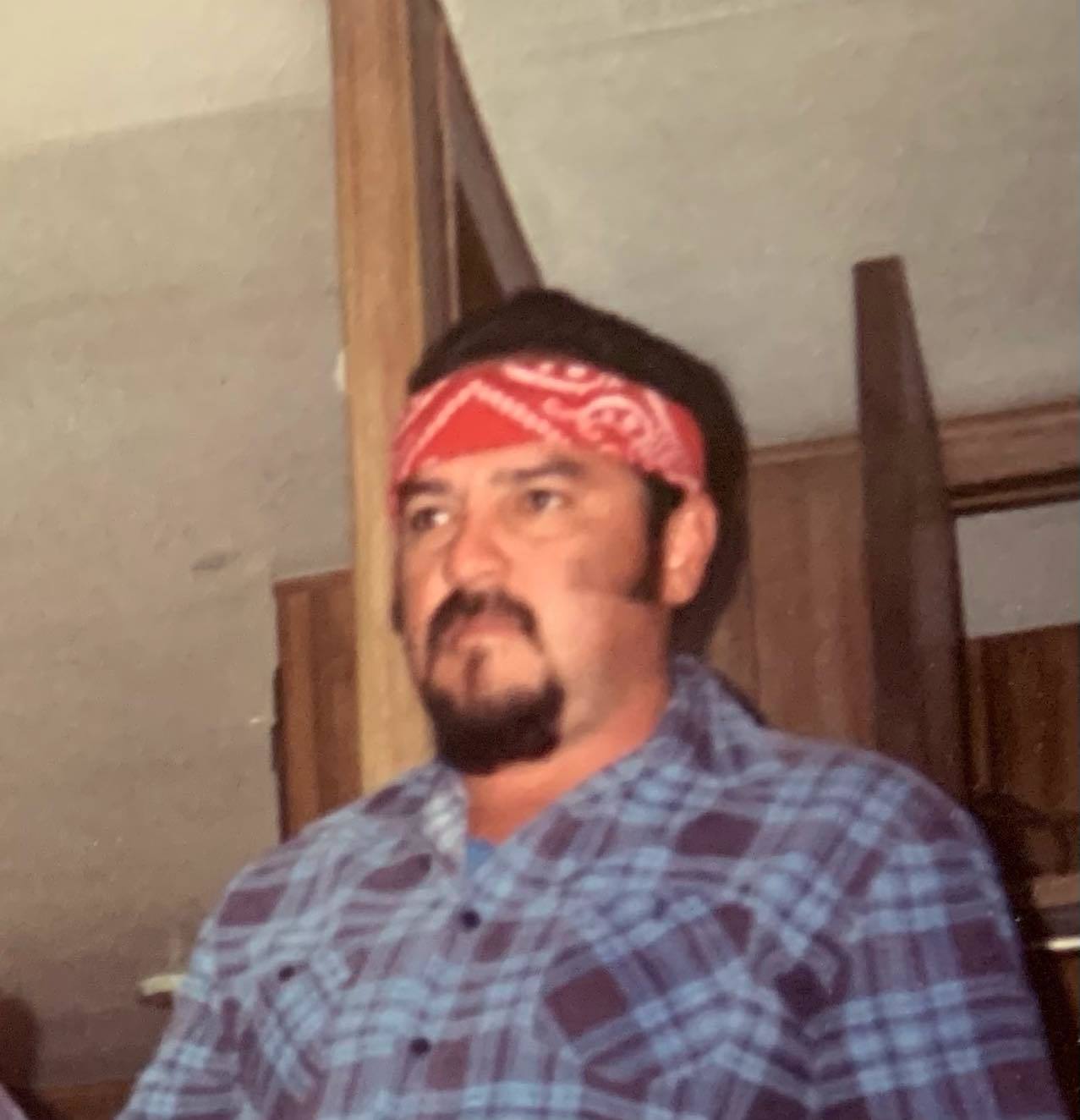 ‍The Hum Magazine sat down with Toño Casias, the oldest nephew to Deluvino Casias, known as Tuti. Tuti was tragically killed in a car accident while riding his bike near Ranchos De Taos. Toño, being the oldest of his nieces and nephews, grew a special bond with Tuti. Toño looked up to his uncle and admired him for the many things he did and the examples he set, and wanted to share his uncle's story.Tuti was born and raised in Taos, New Mexico. Like Tuti, most of his family lives in or near Ranchos De Taos. According to his nephew, Toño, Tuti worked as a wildland firefighter as a young man. He did this for over 15 years. Afterwards he became a concrete masonry finisher, and worked in the department for the next 15 years of his life. Later on Tuti became disabled, but that did not slow him down. He took up hobbies such as riding his bicycle, making jewelry, and spending quality time with his family, whom he loved very much. Tuti checked in on the family most days, making sure everyone was OK. If there was anything that anyone needed, Tuti would be  there to help them out. Tuti also loved to volunteer his time to others in the community. Tuti often volunteered at a local homeless shelter, at the barbershop where he got his hair cut, at Ricky's  Restaurant, and also at the church he attended.

‍Tuti received his nickname back in the 60's or 70's, according to his nephew. He most likely got this name from his neighborhood friends in Ranchos while they were still young. Toño laughs that his uncle acquired this nickname before he was born, but the familiarity of always knowing his uncle as Tuti will always be remembered.

‍Toño’s Relationship with His Uncle

‍It was hard for Toño to reflect on his uncle's memories, but some of his favorite recollections include the times when they used to fetch wood together when Toño was still a young boy. When his mother had to work, Toño would stay at his grandparents' house to learn how to harvest wood and operate a chainsaw. On the weekends, Toño would spend the mornings getting more wood with his grandfather and Tuti. That is how Tuti's and Toño's relationship started to blossom. Because Tuti was a wildland firefighter, he taught Toño how to cut wood, package it, and observe safety during the whole process. Toño admired his uncle's skills. Tuti always seemed so willing to share what he had learned in life. This leadership would go on to earn Tuti  the position of Captain at his wildland firefighter job. This then allowed Tuti to travel around the country and not just be stationed in New Mexico. Toño remembers that when his uncle returned from fighting fires, the first thing Tuti wanted to do was get a haircut. Tuti was always combing his hair back, and would always go and get a haircut in his 1980's Camaro that he always kept clean. After getting his hair cut, Tuti would come home and then hand wash his Camaro next to the running water by his house. Toño thought this was the coolest thing his uncle Tuti did. His uncle was hardworking, stylish, and clean. To a young kid, Tuti was a role model and life goals. Toño also remembers cruising with his uncle once in a while and remembers that it was the coolest thing to him at the time. Toño remembers the Spanish phrase "a la plaza," which means "to the plaza." Toño was very fortunate to have this special bond with his uncle.

‍How Toño Found out About the Accident

‍On the day of the accident, Toño was at the US Bank by the local movie theatre in Taos, when he noticed an ambulance and the sheriff heading in the direction of Ranchos. Toño grew concerned and hoped that it was nothing too serious. Nevertheless, Toño had a gut feeling and started to head over to Ranchos. As he drove past the Ace Hardware on the Southside and drove up to Ranchos, the police started to block off traffic. Toño remembers driving past the traffic through the middle lane because he has many family members who live near the scene. Deep inside, Toño knew something awful had happened. As he drove up to the scene of the accident, Toño notice shouts from his nephews who were already at the Burrito Wagon at Valerio Plaza. He could hear one of them scream out, "is that uncle's bike?!" Toño's stomach dropped as he saw his uncle's bike smashed in the street. At that moment, all Toño could do was run towards his uncle. Toño was held back as he watched his uncle Tuti being lifted from the ground and taken into the ambulance. Everything was happening so fast, from the pool of blood on the road, to the screams, to the complete shock of what had just occurred. All Toño wanted to do was run to his uncle's side to comfort him, tell him that everything would be OK. Toño wanted to bless Tuti in the event that he was still alive.However, the police stopped Toño and informed him that there was an active investigation going on. Toño had to grasp the reality of what had just  happened. He looked over to see a big truck smashed at the Speedway gas station. He was then informed that the accident was being treated as a homicide. Investigations are still ongoing to determine if the driver of the truck was under the influence of alcohol or other substances. Reports from bystanders claim that the driver of the truck was driving very recklessly.

‍Toño wants the Taos community to know that he understands alcohol addiction and has dealt with it within his own family. Tuti quit drinking over 15 years ago after facing his own challenges with alcohol. After visiting with his doctor, Tuti learned that he needed to quit drinking due to serious health concerns. This was when Tuti realized he needed to change. He confronted his own addiction and saw how it was hurting the ones he loved. Tuti was once blind to the risk of what drinking was doing to him and realized that one day he would not only hurt his family but hurt someone else if he ever hit someone while drunk behind the wheel of a car. Tuti would quit alcohol and driving altogether and become a bicycle commuter for the rest of his days. Tuti's commitment to his sobriety and his family meant the world to the ones closest to him. So it is tough for Tuti's family to cope with him being taken in this way. Toño and his family are still seeking closure and answers, and are also planning ways to bring awareness to Tuti’s life and bring peace to his family and community.