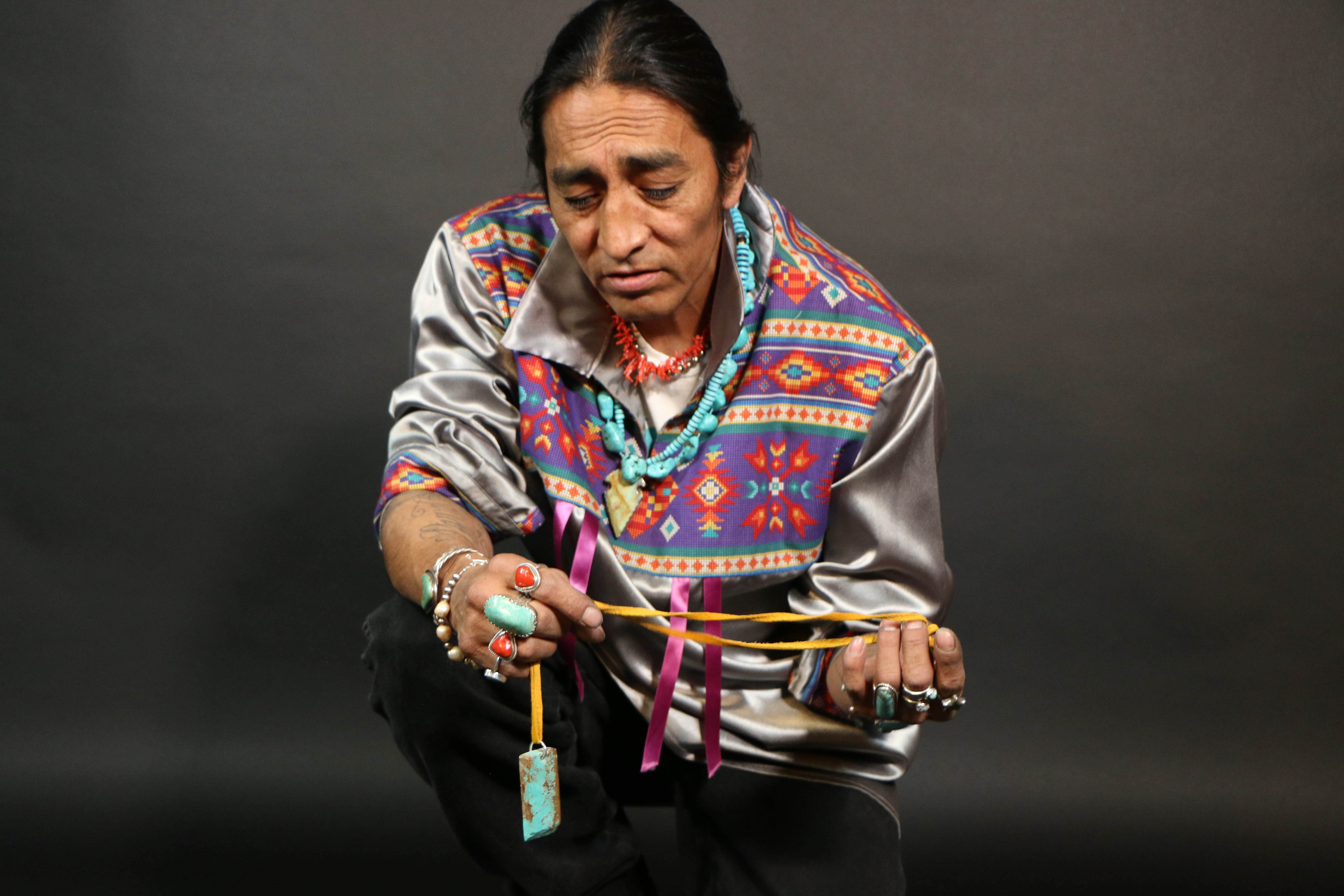 Lyle Wright from the Taos Pueblo

Lyle is a jewelry maker and lives with his family on the Taos Pueblo. He has traveled extensively, but Taos will always be home. Taos, New Mexico is home, and Lyle hasn't experienced any place like here.

His Start on Jewelry

Lyle began making jewelry in high school back in the ?90s. He got hired to make jewelry in the same place his brother worked when the owner needed some extra help. The experience was very valuable, but Lyle realized he needed more income to support his family.

He decided to go into construction and only resumed his jewelry-making journey a few short years ago. He learned the hard way that the best way to make money is to work smarter rather than harder. Construction work is very physically demanding and takes a toll on the body over time.

After rediscovering his art, Lyle realized that he could buy jewelry material in bulk and cut the pieces down to a more manageable size. Later on, he realized it would be easier for him to polish and sell his own turquoise. This would enable him to employ other people and even mentor his own kids.

Lyle also makes jewelry from silver coins. He purchases them,smashes and stamps them to create his own masterpieces. He collaborates with online stores that sell Buffalo Nickels to him.

According to Lyle, multiple artists are unheard of but have splendid work. Helping other artists to get recognized is one of his highest ambitions. And as soon as things get back to normal,Lyle plans to help unrecognized talent get a chance to show case their work and get paid in different galleries in Taos.

Lyle is also thankful to his family, friends, and everyone in Taos who appreciates and supports his jewelry work.

Everything Lyle knows about his craft is self-taught. He has picked up knowledge along the way while learning to craft with different materials. Lyle has been influenced by so many things from various artists to learning more about his own craft.

Why Turquoise is His Primary Material

Firstly, Lyle loves working with turquoise because of its divine beauty. He loves the color of the material. Secondly,turquoise is readily available, unlike other materials that are hard to find.

Why Lyle isTeaching this Craft to His Kids

Lyle wants his kids to understand the value of this material,where it came from,the laws surrounding this material, and how the future might be regarding turquoise.As one of the very few Silver Smiths from Taos Pueblo, Lyle sees the importance in passing his craft down to his children.He is also really happy to show his work with the world.

There has been a lot of progress in the last 30 years. Lyle has seen more jewelers join the community. More people are now into wearing turquoise jewelry as opposed to back then. It?s wonderful to see so much local artwork getting the attention of locals and visitors alike. Lyle keeps the Native silver smith's tradition alive in his heart and exudes that love through his craft and jewelry designs.

Lyle works with different galleries and other local places in town. He puts his jewelry in circulation, and does some modeling for artists.

"Doing what you love won't be that easy, especially if you have bills. However, all of it is worth the work,sacrifice,and patience you give in the end." -Lyle Wright