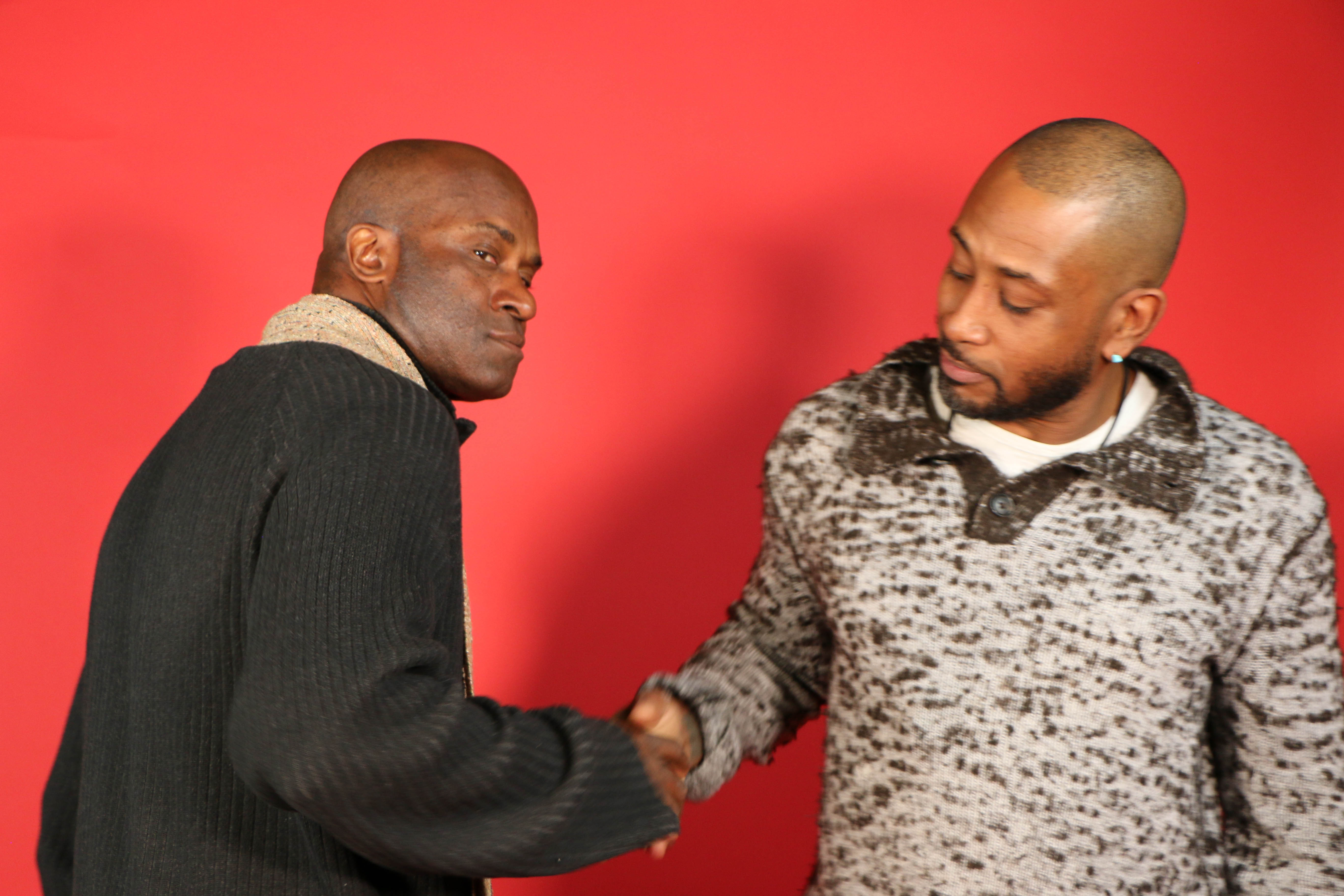 ‍Sylvester and Jason are business partners, and the two are quite an interesting pair. Jason is originally from New York but grew up all over. To get to Taos, Jason was encouraged by a friend to visit New Mexico's beauty, and ten years later, he has been here ever since. On the other hand, Sylvester only moved to Taos in 2019 from Lake Tahoe, Nevada, but was raised in Anaheim Hills and Orange County, California.

‍Sylvester owns V12 industry LLC., which is now known as S Corp, and was established in the year 2012. His vision is in hospitality and investing in properties. Being a veteran, Slyvester also sponsors the local nonprofit Veteran's Off-grid and strives to help veterans live better lives. Jason is the owner of War Room Productions, aimed at producing music with words that reopen the mind. Jason also started another company, We Squeegee Windows, "We squeegee windows, so you don't have to!" Jason and Slyvester partnered up with the window cleaning business, but their bond has become more profound. Slyvester and Jason are also starting a new restaurant, Coyote Cajun Cafe. Together they plan to bring savory flavors from all of the different regions they have traveled over the years.

‍More on Their Relationship

‍After some time in Taos, Jason started feeling homesick. So, when he decided to go back to New York for some time, he decided it would be best to find someone who will serve his customers for his window cleaning business in Taos. That's when he met Sylvester, and the two connected right away. They realized that they could help each other in different ways, and that's how their partnership started.

‍Their Roles and Plans in this Partnership

‍Jason is more focused on diversity and plans to offer something different in their new restaurant venture, Coyote Cajun Cafe. At the same time, Sylvester wants employees to be more involved in hospitality than to show up for a paycheck. This includes getting involved in things like community work and other contributing areas of service. Generally, both of them want to do more for Taos than what has been the norm. Their Thoughts on Culture and Different BackgroundsBeing of color, Jason understands the culture and the pressures people face every day. However, his focus remains to be the best person he can be, regardless of his race. Similarly, Sylvester is also like-minded, stating that he is only American. The two understand the essence of being open-minded and not playing the race card. For them, this partnership is a way of bringing different people together and experiencing different cultures in the same space. Although Jason and Sylvester have had their fair share of challenges both here in Taos and other places, they still believe that there is a lot of good out there. Thus, their focus is to strive for the best service they can offer to others.

‍The Importance of Their Work

‍Because Jason is half-black and half-American, he believes that being a businessperson with such labels sets an excellent example in Taos. Even Sylvester understands the struggle of owning and running a successful business. For them, this partnership is important because it has enabled them to break boundaries and set standards for others coming up as well. Their Message to Taos For Jason, being here in Taos for ten years and through all of his travels allowed him to learn a lot about different places and their people. At first, it seemed like the new Jerusalem to him, a safe zone. However, things have changed over time, but Taos is still a place of creativity, hunting, and a safe place to grow and build. He hopes that people learn to love more and judge less to make the world a better place. Slyvester expresses that the town of Taos has touched him. Over time he has taken the time to embrace his journey here. He states that everyone he meets feels like family. He hopes to bring the community together with his new restaurant and tap into different atmospheres that create balance.